Verena Ross, Chair of the European Securities and Markets Authority (ESMA), visited CNMV's headquarters on the 30th of June and was welcomed by its President, Rodrigo Buenaventura, and the Vice-President, Montserrat Martínez-Parera.

The head of ESMA also had the opportunity to meet and work with the other members of CNMV's Board of Directors and management team, who held a working meeting with her to strengthen their collaboration on the strategic lines of action of both institutions.

Previously, Verena Ross participated in the conference "Post-Trading Challenges", organised by BME and Kreab, in which CNMV's President Rodrigo Buenaventura also took part. His conference can be found in the previous article. 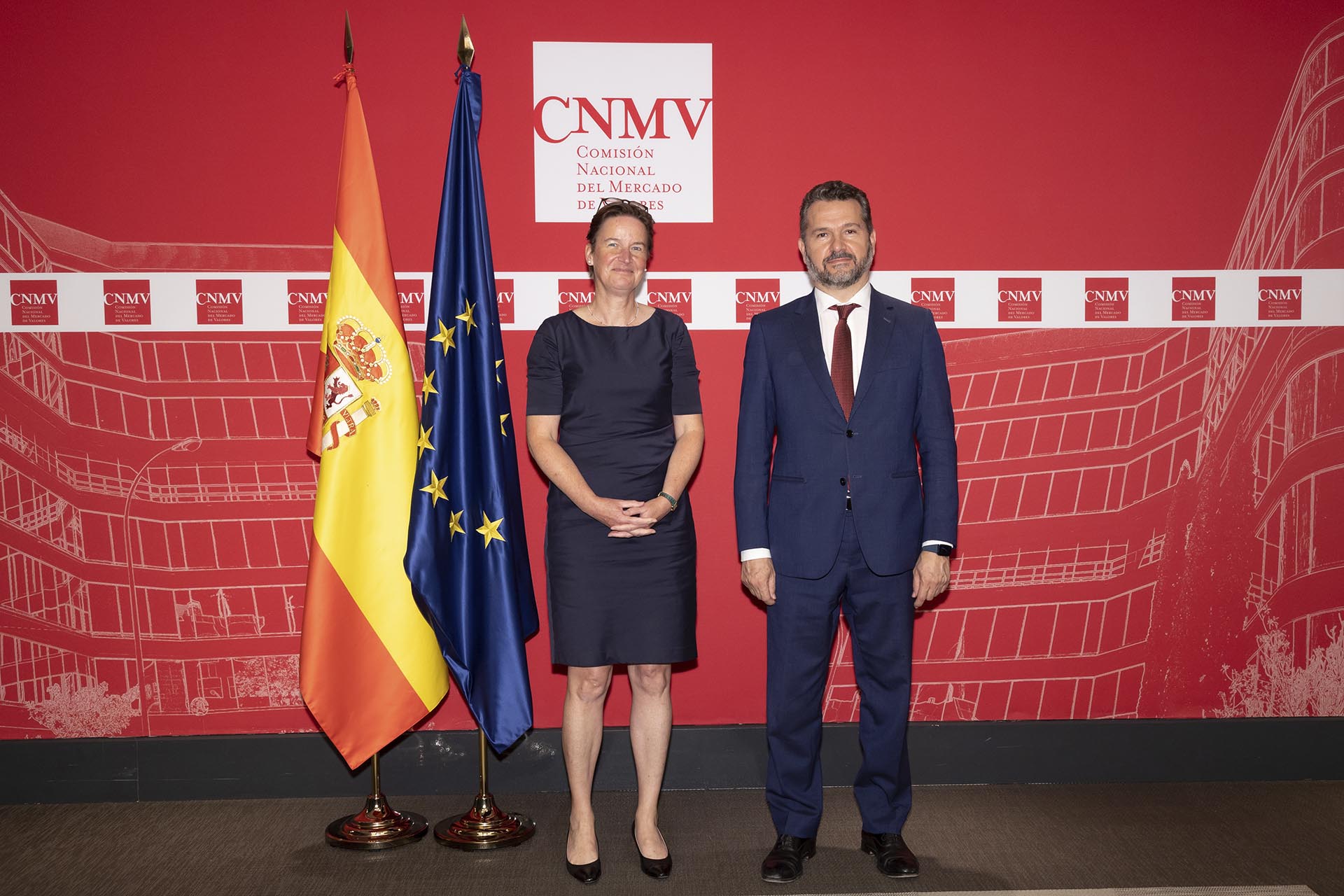 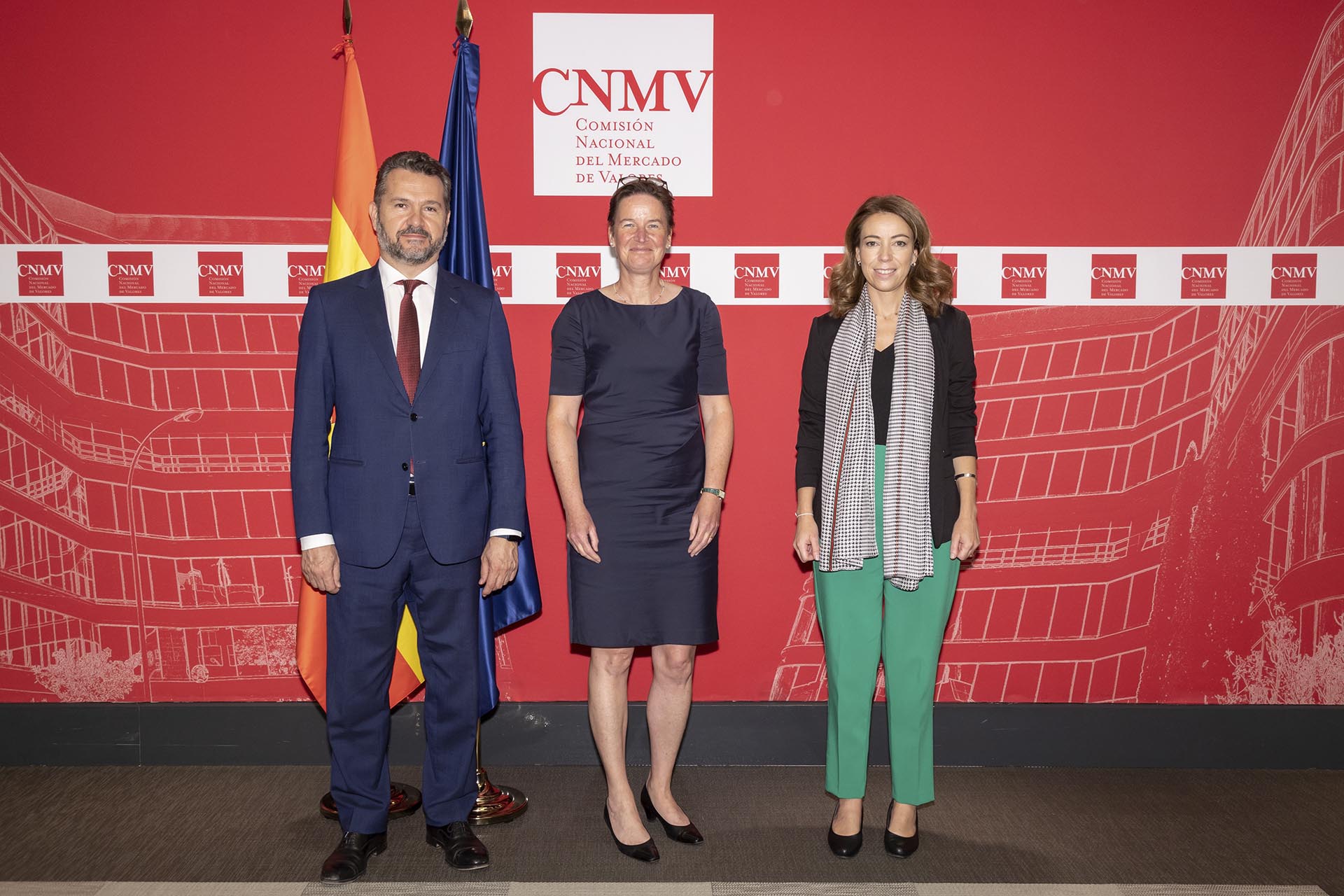 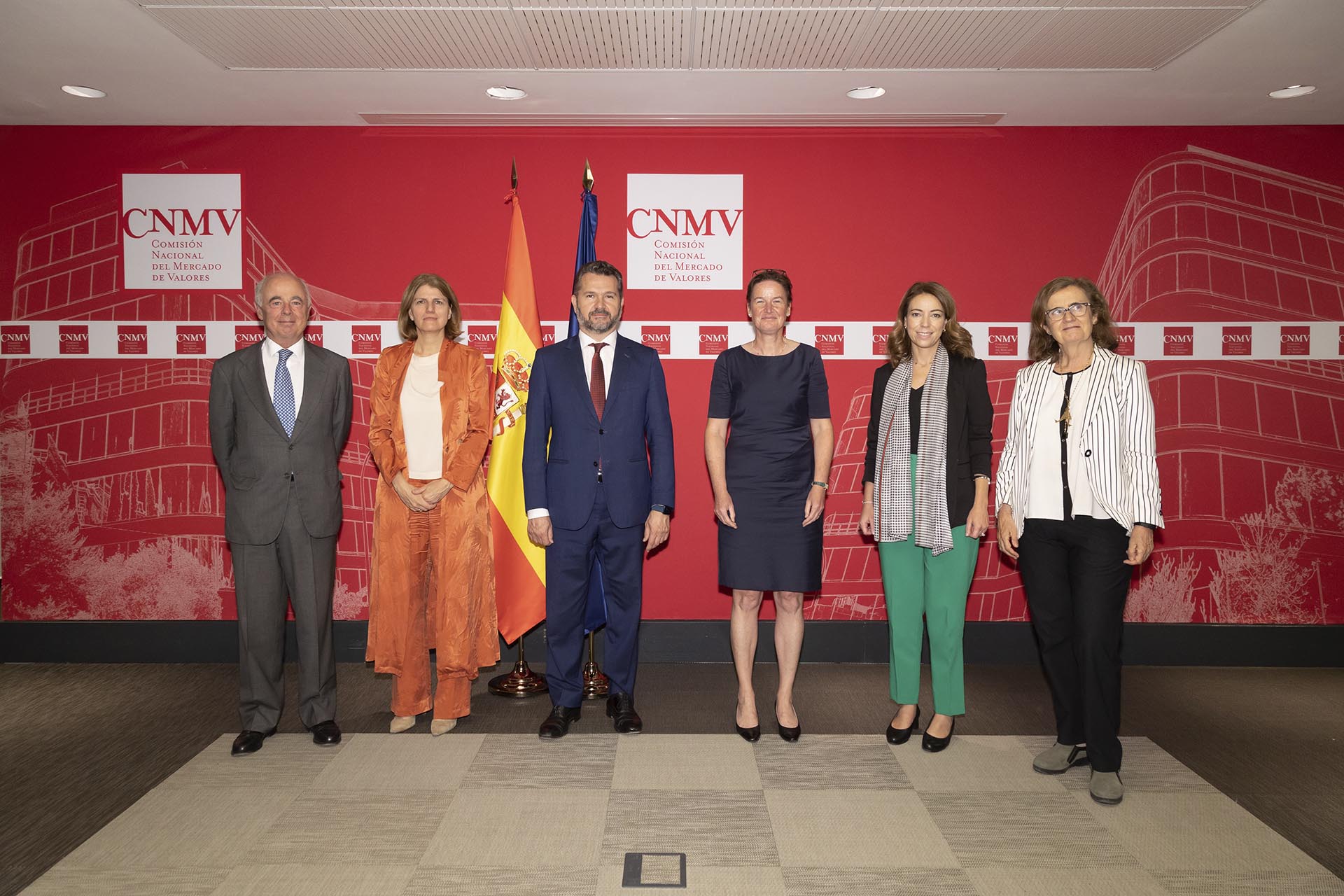 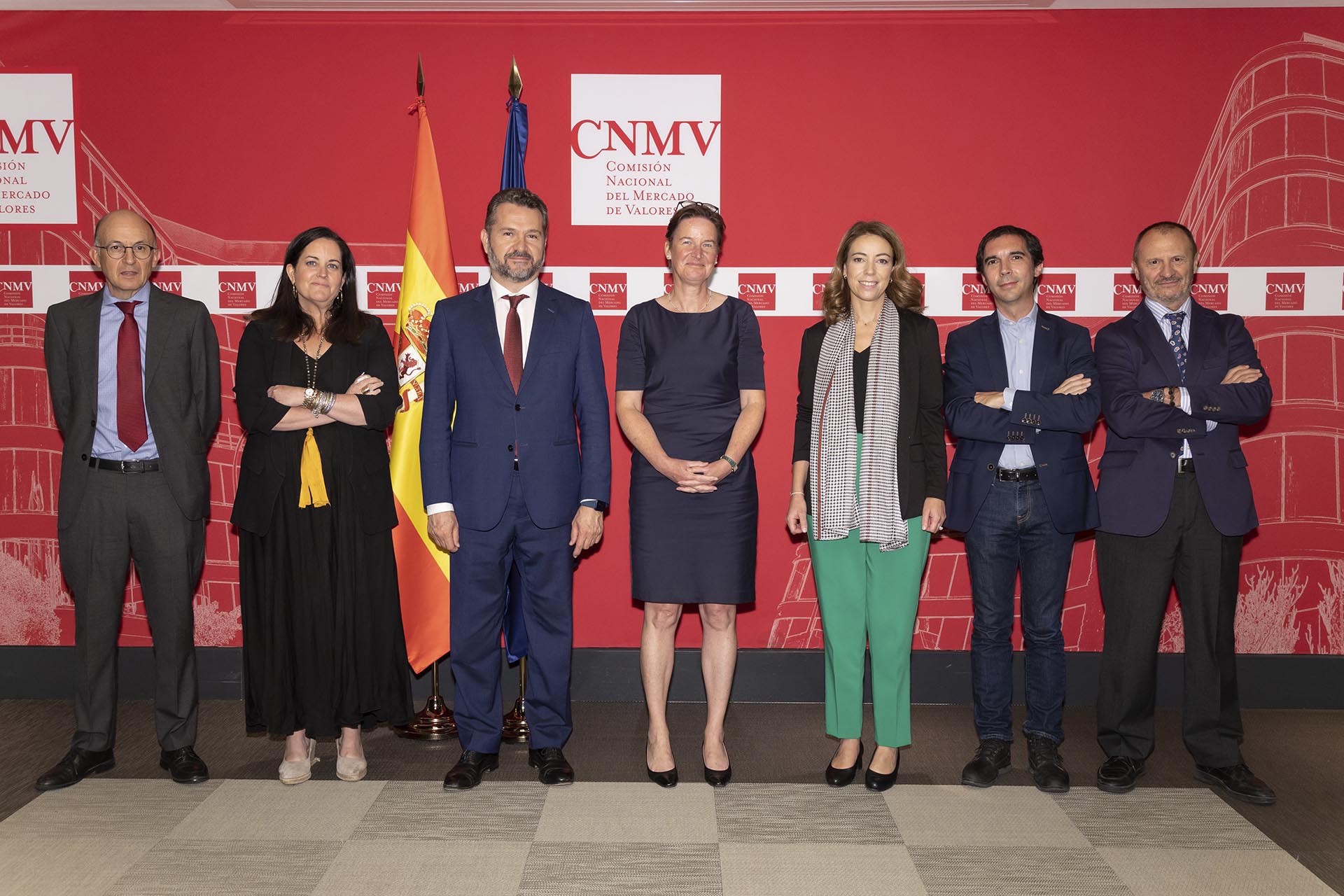